So Familiar yet Just the Right Amount of Different 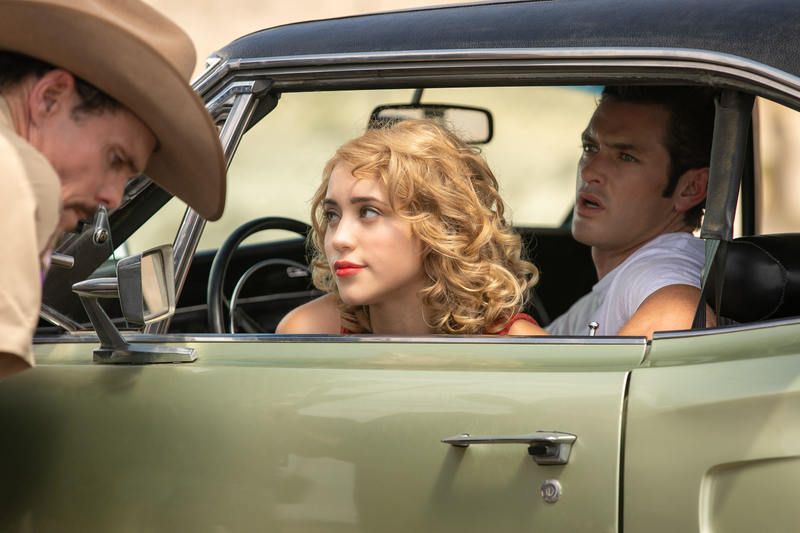 What a blast, the most accurate definition of a fun popcorn flick (for me, not by the traditional standard!) As the storyline mentioned, the film is truly in the spirit of THELMA AND LOUISE and TRUE ROMANCE. I would dare to say just a little pinch of TEXAS CHAINSAW MASSACRE and HILLS HAVE EYES mixed in for good taste. Sometimes the experience of watching a film is more important than anything else. There is nothing wrong with sitting down and enjoying the film you’re watching. I think that’s an important aspect a lot of people miss when they watch more and more movies, they forget how to enjoy the film in front of them.

The star of the show, without a doubt, is the incredible performance by Caylee Cowan as Penelope. She stole the spotlight and never gave it back; her unique accent in the film and her innocent charm make her shine. I haven’t seen any of her other movies, but WILLY’S WONDERLAND has always been on my list, so I may have to move that up a notch or two.

However, the story wouldn’t be complete without Billy Budinich’s portrayal of Frank, the scorned man who ventures into a new world he never knew he needed. Budinich is a rather one-dimensional character until his “redemption,” and I think that fits him to perfection. It made his entire toned-down performance that much better.

The cast was rounded out by a lot of fun performances from Kevin Dillon, Sean Patrick Flanery, Johnathon Schaech, Donna D'Errico, Lin Shaye, Sonya Eddy, Brian Maillard, Charley Koontz, and Sydney Scotia. Yep, Sean Patrick Flanery (THE BOONDOCK SAINTS), who directed and wrote the film, also played a minor role. I don’t think that his performance overshadowed anyone, which ultimately made it a significant role. He let his cast be the meat of the film and, in doing so, let them have the spotlight.

Flanery’s statement explains what makes this experience unique “I know that some dreams have more nutritional value than food and that everyone that is not acted on will eventually morph into regret.” Having been offered opportunities to direct in the past, he took this one because of the freedom to make the film he wanted.

I truly enjoyed the entire film; it was fun, action-packed, with characters that kept you guessing but also felt so familiar at the same time—helped along by a fantastic setting that was perfect for the story and a soundtrack that blended everything flawlessly.